November 7th 1978 — When the employees of the Vancouver Province and Sun newspapers were locked out in November of 1978 they knew it was to be for a long time. In preparation they rented space at 554 East 15th Avenue near Kingsway in Vancouver and set up a strike newspaper called The Express. The lockout began on a Tuesday and the first edition came out on the Friday. Within weeks it was making a profit, in fact it was making so much money many of the reporters didn’t want to return to the Province or Sun when the strike ended 8 months later.

The stories about this newspaper are endless. Ros Oberlyn had a front page story in the first edition and she was on the corner of Granville and Broadway the next day as a newsie selling the paper on the street. Towards the end of the strike there was so much advertising and so little newsprint available the Express began stealing it from other newspapers.

NOTE: This story was originally posted in 2009 but the pictures somehow vanished and the only way to recover them was to repost everything. 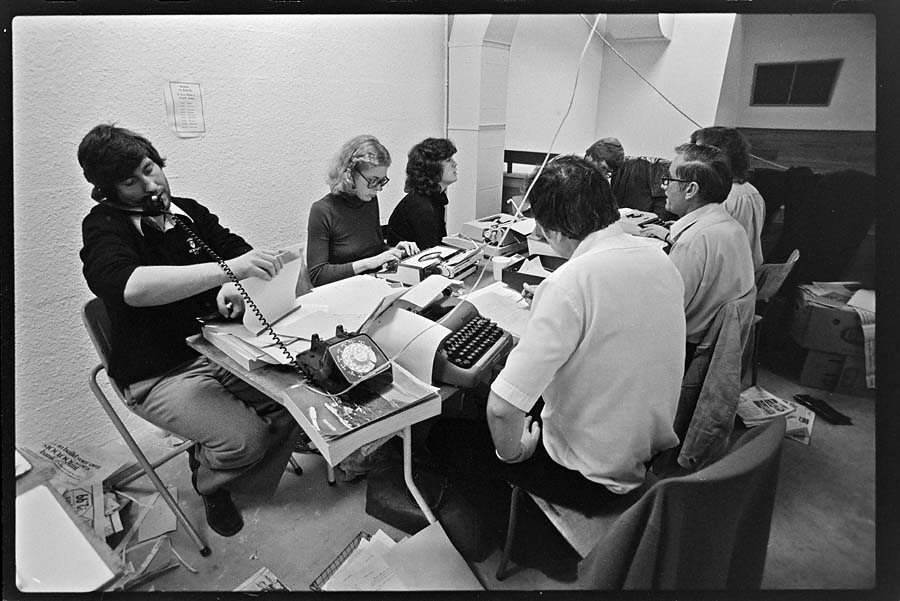 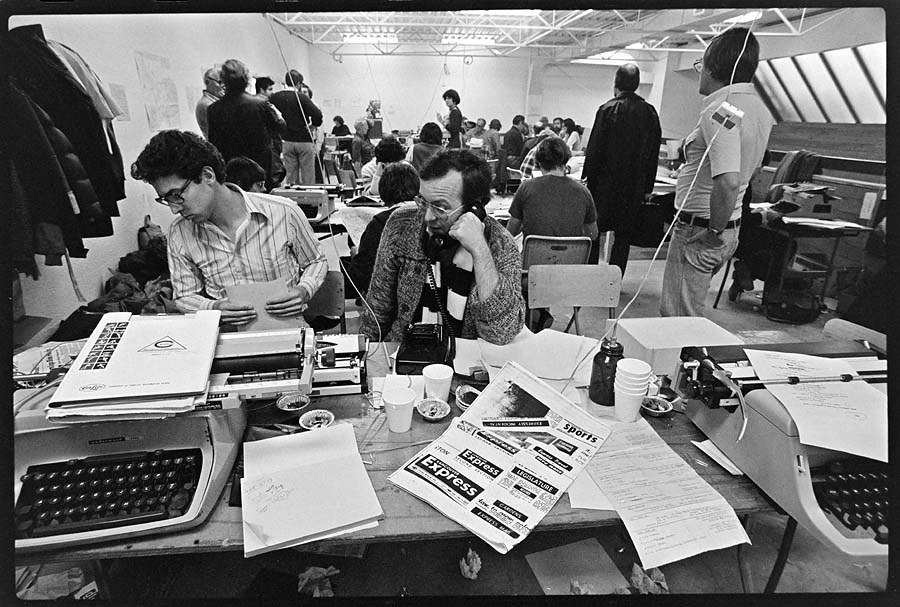 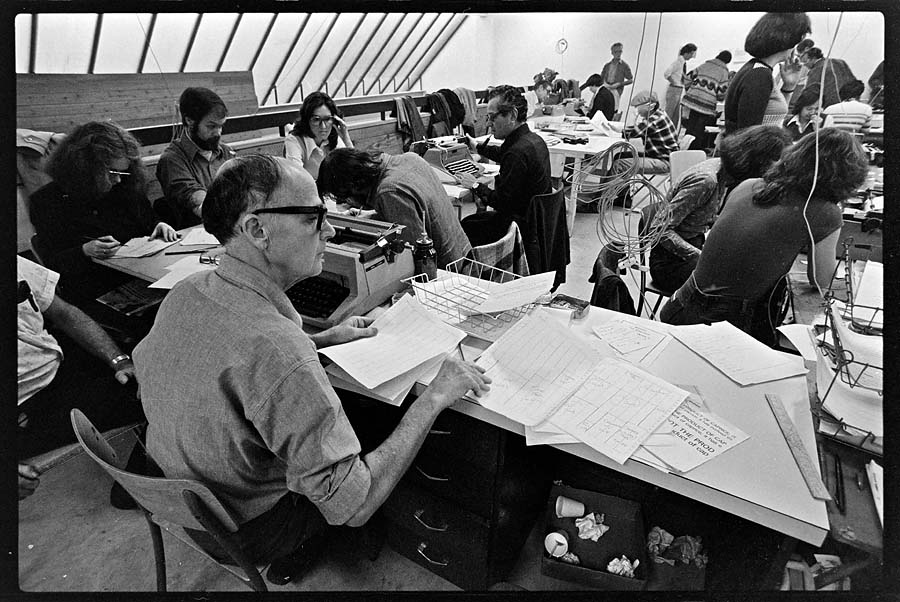 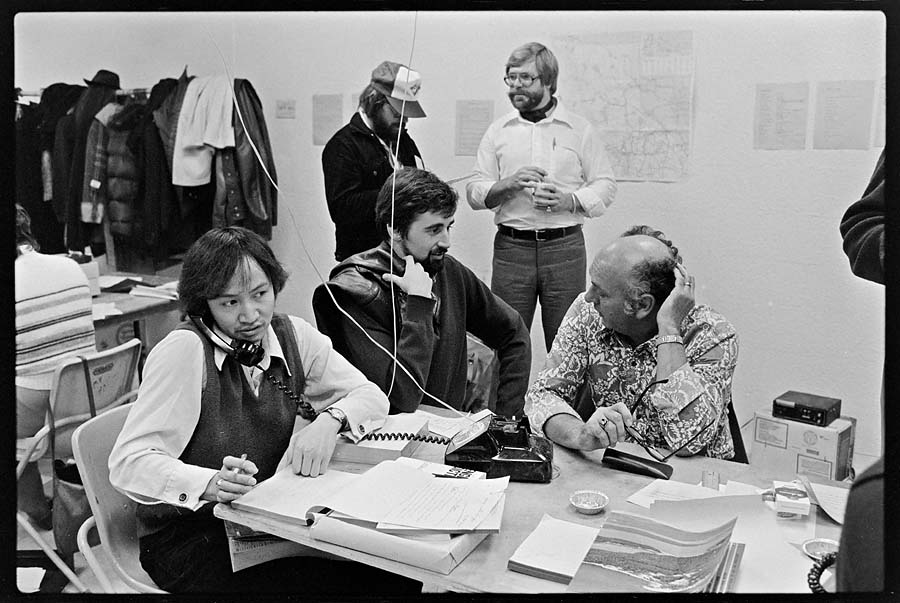 September 1971 — Just after taking off from Edmonton’s city airport a twin otter lost power forcing it to make an emergency landing in a schoolyard where it skidded through a fence ending up on a sidewalk in one of the city’s working class neighbourhoods. This would be big deal today but back then it was ho hum. Notice that residents are walking around the airplane, that there are no attempts by police to cordon off the area, and there wasn’t a mass evacuation of everyone living nearby.

I was in the news room of the Edmonton Journal just about to leave for an advertising assignment when word of the crash came over the police radio. The photo editor said to drive by the crash, grab a picture, and head over to the advertising shoot. For some reason I phoned the office while at the crash probably to get them to send a reporter out. The photo editor was extremely annoyed because I’d been there all of 15 minutes. People were waiting at the advertising shoot and not pleased so I was ordered to leave immediately.

However, I did have the last laugh as the picture won Canadian Press Picture of the month and it was the first time the Edmonton Journal had won the award. Because of the circumstances around me getting the picture the photo editor wasn’t as happy as he should have been. He may have got back at me by telling CP that while taking the pictures I also rescued some small children from a nearby building and this was included in a story about the award. I’d done no such thing and was very embarrassed having it in the story.

Almost forgot, no one was hurt and there was little damage to the plane which is still flying in Isreal. October 21st, 1973 — There was a time when scenes of crime or disasters weren’t immediately sealed from the public and the media. This fire at the Commercial Hotel on Cambie Street was out by 7am on a Sunday morning when I arrived to take pictures. There was no one in the building so I wandered around inside photographing until Sandor Szabo, a tenant, came in, stopped in front of his room, then calmly went inside and put on his socks which he hadn’t had time to put on when he left quickly when the fire started. Today this man would be surrounded by social workers helping him cope with his grief and pictures like this would be considered invasions of his privacy. In the 1970’s people just got on with their lives. Five people died in the fire which had been deliberately set.